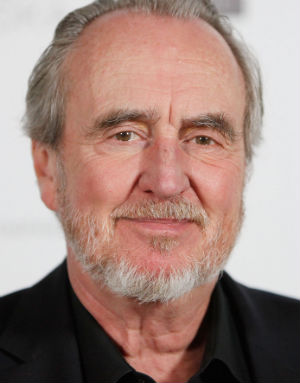 After 40 years in the horror movie business, Wes Craven has almost certainly seen it all. What's more, he's practically done it all -- whether confronting taboos with aplomb and with a social conscience (Last House on the Left), creating one of the most memorable monsters of all time (Nightmare on Elm Street), or turning the horror genre in on itself (Scream). But after this week's Scream 4, a sequel-skewering sequel notoriously hampered by production woes and Craven's own public airing of grievances over a lack of script control, will the veteran filmmaker finally be ready to throw in the towel on this particular series?

Not a chance. Craven admits to being exhausted after the battle-ridden experience of taking Scream 4 to the big screen (read S.T. VanAirsdale's review here) but is already talking about a Scream 5, albeit in wide brush strokes. Given the surprising-yet-fitting ways in which Scream 4 ups the ante -- in typical murder-mystery fashion, with original final girl Sidney Prescott (Neve Campbell) returning home to battle Ghostface yet again, a gang of series veterans (David Arquette, Courteney Cox) and new teen meat (Emma Roberts, Hayden Panettiere, Nico Tortorella, Erik Knudsen, Rory Culkin) by her side -- it's hard to predict where the next film(s) can even go.

But after rest ("I'm going to go someplace and sleep for six weeks") will come new ideas, whether for more Scream films or, perhaps, non-horror projects. There's no use in making more sequels unless you find a way to top the last one, says Craven, "and if you can't do that, then you should retire."

Looking back on your Scream 4 experience, what was most at stake for you as a filmmaker, returning to this franchise?

I think, and this wasn't a fear factor or anything like that but it was something we were distinctly alerted to, was that we wanted to make the film as original and of as high a quality as possible. Not just be repeating the past, or doing it just because we could. We were excited about the script -- we thought the basic concept was really great. The cast we assembled was wonderful and with the veterans coming back, that added something wonderful to it. So it was, you know, taking time to get it right in all instances and directing my head off.

And how do you do that?

I don't know how to describe what I do -- people ask me, "What do you do when you direct?" and I have no idea. [Laughs] The actors seem to like it. It's everything from encouragement to ideas, to "Try this line" to God knows what else. Basically, I think one of the things is you need to try to make everybody feel safe so they can really open up and produce all of these extraordinary emotions that they have to.

The Scream films have always been uniquely genre-aware, but Scream 4 takes the meta element to new levels. How do you approach -- and justify, even -- making a horror sequel that is itself poking fun at horror sequels?

Why not? [Laughs] I think it's all part of another aspect of it, and we didn't want to leave ourselves out when we were poking fun at things. Certainly, my remakes are in there with everybody else's. [Pauses] I think that's part of the charm of Scream, in a way -- it doesn't take itself absolutely seriously, and the fact is we would make fun of ourselves... it's kind of an honest look, and sometimes funny, but sometimes very acute about the way things are in American genre film right now.

Where do you see horror going next? Trends change constantly, new countries breed their own cinematic movements, new gimmicks pop up and are almost immediately exhausted.

Yeah -- it's a river, it's not a pond, that's for sure. It's always moving, never quite staying in the same place twice. I think it's more just keeping our eyes and ears to the ground about what's going on, keeping our fingers on the pulse and all those clichés. [Screenwriter Kevin Williamson] is very, very good at that; he works with a lot of young people, and I work with a lot of young people, so we just kind of watch what's happening and base our stories on the significance of things that are going down, both in the community of young people and also in the world itself. Computers, or phones that can do sixteen things at the same time, or social networks -- these things are here, they're enormously influential, they give great opportunity for both good and evil, and it's almost impossible to do a film about kids without going to this meta aspect of things, now.

As a viewer, are there trends in horror that you think have been done to death and should be retired?

Well, I think we did that, in a sense. Staying out of it for ten years, we let a lot happen -- not that we allow anything to happen, but it gave us enough time to be able to take an overview of a full decade. But, you know, if there's a Scream 5 we will be immediately faced with the challenge of making it fresh and trying to invent where horror goes -- at least, our part of it. For right now, I think we feel like we kind of defined where the Scream horror film is by making it.

Considering where you go in Scream 4, it seems exhaustive to even begin thinking of a way to top it in Scream 5. Doesn't continuing this particular series mean the bar must be set higher and higher for any future sequels?

Yeah, it does! [Laughs] But in a way that's the great thing about it. It keeps you from being lazy because you set the bar so high that the next time you have to jump the bar up a notch. And if you can't do that, then you should retire. But now that we've finished this film -- or virtually finished it, we've certainly delivered the print and all that -- there is an exhaustion. I know I'm going to go someplace and sleep for six weeks. And I can't imagine going out and doing it again now, when every muscle in my body is aching from the physical exertion and lack of sleep for a year and a half.

But then there comes a point when your body restores itself and your mind restores itself and you start to have ideas, and that's kind of how it goes in art in general, I think. You pour everything you've got into a project, it does take everything that you can possibly give it, and you kind of have to fall back and regroup when it's done. But you have the pleasure of having done something kind of extraordinary, and the body does repair itself. So if that happens we might well be doing a Scream 5 at some point.

Considering the scripting issues that came up on Scream 4, I imagine it will take a fair amount of time for you to develop a Scream 5 script that you're happy with. Do you think any of the possible ideas Kevin lined out for you for Scream 5 and beyond will be what you eventually go with, and how long of a wait do you foresee until the next film comes to fruition?

You know, I honestly have not thought about it. Kevin right now is in the middle of starting a new television show, so now he's got two shows on the air, so my guess is he won't be devoting much time to it until he's completed those seasons. But he'll probably be thinking of it in his idle moments, if he has any. Right now I think everyone's just ecstatic that [Scream 4] is done, that it turned out extremely well and that people seem to like it, and taking a breath. Not thinking, "Oh, what's the next one going to be?" And I know some of the things that Kevin outlined for the trilogy were made impossible by later developments of the script, just didn't make it through. But in general, the basic idea of what he's come up with will survive and be able to be made into something really interesting. It depends, on this case, on Kevin -- or some other writer coming up with an idea. That's not an impossible option, either.

You've explored filmmaking outside of the genre a few times. Once you're done recovering from Scream 4, do you think you'll pursue more non-horror projects? Is that an idea that calls to you?

It does call to me. In some ways, My Soul to Take was stretching the genre in a way that, to me, was very interesting. Obviously that film didn't do nearly as well as I thought it would; we took some big risks, and maybe it will take a while for the audience to catch up with that particular film. But we're already getting scripts that are much farther from the genre that you would call a slasher film. Straight drama and things of that sort. So we'll be sorting through all of that stuff. I think at this point I've been directing long enough and have enough examples of things outside of the genre out there that people are intrigued by the idea. There is always the problem of an audience not wanting to go see a Wes Craven film [in another genre]. They might think that the other film was going to be bad. But I did feel this message was out there from various people -- "We'd go see something else that you'd do." So that might be fun to pursue.