Did Jada Pinkett Smith Give the Most Nightmarish Stage Parent Quote Ever? 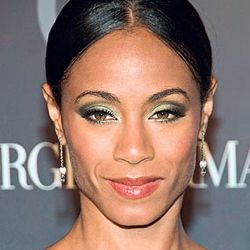 Willow Smith's still a wee hair-whipper, but that doesn't mean her movie star parents Will Smith and Jada Pinkett Smith aren't thrilled for her potential -- because it means a great new renaissance in their own lives! Read the quote Pinkett gave in UK's The Daily Mail and ask yourself if it's on par with an Toddlers and Tiaras soundbite.

"I like saying I'm going to be 40," she says. "I'm transitioning into a whole other state of being by having a young daughter who's now just beginning her career."

Is this not the very definition of living vicariously through a child? Pinkett's life is upgrading because her kid's "career" is taking off? That's the kind of conditional pride I associate with harrowing TLC shows, the game show whiz-kid in Magnolia, and that song "Perfect" from Jagged Little Pill. Traumatizing on all three counts.

Thankfully, she qualified the statement.

"That's the thing that's difficult for people to understand," Jada says. "This isn't about fame or money. They were still going to have their trials because of who their parents are. As much as I wish I could figure out a way I could protect my children, they have their destiny. I'm not going to put brakes on that out of fear."

"Our family structure is a little different and it's quite hard to comprehend because it's so outside what usually happens in a family, but the paradigm is the same."

"You have Mother. You have Father. Father is protective. Mother is the teacher. Most of the time with child stars, the child has all the responsibilities and the mother and father don't understand what's actually happening to them, so the child can trust no one."

"They feel: 'I have to do this all by myself.' And start to connect to people around them who might not be that trustworthy. But with us, the paradigm stays the same because the child can still be the child with an extraordinary gift."

Some of that is fine, but still: "As much as I wish I could figure out a way I could protect my children, they have their destiny." Defining a kid's destiny through fame is not right. Pimping your kid's "extraordinariness" is weird, too. But maybe these quotes don't tell the whole story -- we can only be sure this is a tragic situation if Willow ever ends up in a remake of Woo.