Everyone who has been complaining that Steve Martin isn't funny anymore or talks too much about art might want to check out his Twitter feed, which he is constantly updating this week from jury duty. For example: "REPORT FROM JURY DUTY: defendant looks like a murderer. GUILTY. Waiting for opening remarks." Then later: "REPORT FROM JURY DUTY: guy I thought was up for murder turns out to be defense attorney. I bet he murdered someone anyway."

While Martin is apparently actually doing his civic duty, a spokesperson told Reuters that "he is still awaiting selection and that his comments are not based on a real trial." That said, even if this weren't the case, I wonder if jury duty regulations have caught up to the fact that Twitter even exists. In any case, read all of the tweets below: 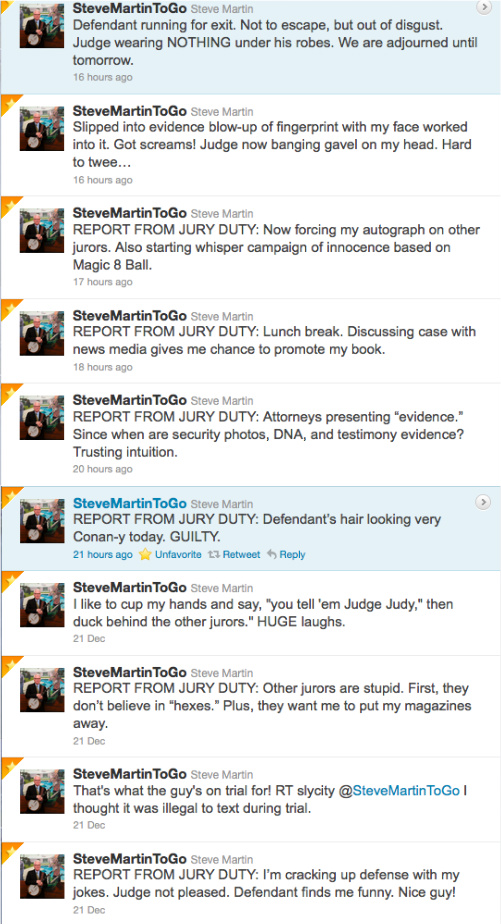 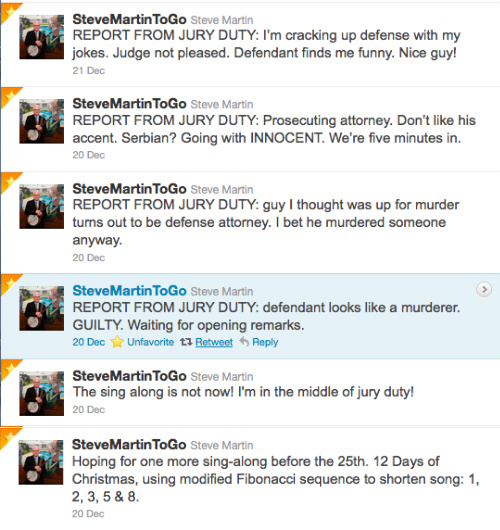