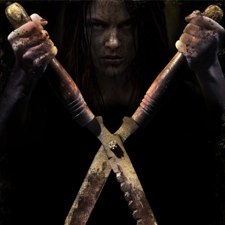 In an unprecedented move, AMC theaters have agreed to play the unrated version of Hatchet 2 this October, breaking with the chain's long-running refusal to play NC-17 or unrated films. A week later the remake of I Spit on Your Grave will also go out unrated. Until now, major movie theater chains haven't budged on this policy, which meant that studios for the most part refused to fund movies that might not get an R-rating. Could this move usher in a new era where American filmmakers aren't afraid to make explicit movies for adults?

As of now, I Spit on Your Grave has not released its theaters, but Hatchet II is already scheduled to play in at least 60 AMC theaters nationwide. Encouraging news, but I'm not sure Adrian Lyne should celebrate just yet.

Horror movies have generally had an easier time skirting the rules, and this announcement screams "calculated studio marketing move" to me. DVD rental stores broke this policy a while back and all we have to show for it are unrated versions of every teen comedy and horror movie from the last ten years, most of which just have an extra shot or two of a topless girl. In a few, I'd swear that studios just threw a slightly worse edit of the film with no explicit material on the disc and then didn't submit to the MPAA so they could call it unrated.

·Is Hatchet II playing Unrated Near You?[Shock Till You Drop]