Grease Director Randal Kleiser on the Sing-A-Long, the Sequel, and Rooming with George Lucas 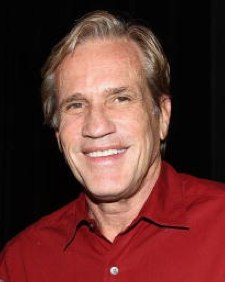 There were all sorts of reasons that Grease shouldn't have worked: it was coming at the tail end of the musical's golden age in 1978, it was a period piece, and its stars were way, way too old to be playing teenagers -- yet something about that perfect lead casting of John Travolta and Olivia Newton-John and those irresistible songs made it a phenomenon. Now, as Paramount re-releases Grease in a new sing-a-long format, Movieline called up director Randal Kleiser to reminisce and dish.

Want to know what he thinks of Grease 2, modern-day musicals, or his very first role in a student film directed by George Lucas? Read on.

The funny thing is that even up against today's films, it's still kind of envelope-pushing. Why do you think that is?

I think maybe when we first did it, things were a little looser. There's also the matter that all the [innuendo] is kind of hidden, it's not all out there obviously. The double entendres and all that stuff is sort of subtle -- not that Grease is known to be subtle, but there are certain things! Also, the lyrics go by so quickly in the songs that you don't really know what they're singing.

So do you feel crafty whenever you see a 10-year-old singing "Greased Lightning" without quite comprehending some of those lyrics?

[Laughs] Yes, I feel extremely crafty. The new version has some really funny things too, like when they sing "pussy wagon," we put a picture of a cat. When they say "tits," we put a cow doing the twist. It's continuing to be crafty.

You had worked with John a few years before Grease on The Boy in the Plastic Bubble. Was he the first person you thought of for the role?

He thought of me, because he had this three-picture deal at Paramount, and he asked for me to direct Grease. Originally, I was going to be directing Saturday Night Fever and then I was switched over to Grease. I don't know why -- they just switched me -- but I think I was better suited to Grease.

How different might things have been if you'd done Saturday Night Fever?

I don't know! It's hard to tell. Things could have gone a different way if I did a more serious film like Saturday Night Fever, but I had always wanted to do The Blue Lagoon -- that was a dream project of mine -- so it would have made a difference, because that was the film I did after [Grease].

The actors in Grease are sort of notoriously older than high schoolers. Was that a conscious decision, to just confront that head on and go for it?

Well, yeah. John was...I forget how old he was, 19 or something? And Olivia was 28, I believe. [Ed: Travolta was 23 and Newon-John was 29.] Once we had the perfect chemistry, we cast everyone else to fit. What's interesting is that with the new digital print, we've enhanced the colors and made the whole thing more poppy, and I think that makes the age thing moot because the whole thing is clearly bigger than life.

It's a little different from the stage musical it was based on, too. What did you want to change in the adaptation?

There were a couple of songs we didn't think would pop onscreen. There was one called "All Alone at the Drive-In Movie," and it was a nice song, but it wasn't something that John could really wail with, so we wrote "Sandy" instead. At the end, there was a song that we replaced with "You're the One That I Want" because we needed a song that John and Olivia could sing together that would be kind of bouncy and fun, and the play just didn't have that.

Of course, Barry Gibb wrote a title song for us, and we also added "Hopelessly Devoted to You," because originally the song that Sandy sang in that section was "It's Raining on Prom Night," and I had thought about doing a sequence like in Singing in the Rain where she's walking down the street and it's raining on her and her mascara is running off, and I was talked out of that. [Laughs] I guess it wouldn't have looked too pretty to have her so bedraggled.